Congratulations to Seedstock Brewery, which scored two brews in Beer Connoisseur’s top 100 of 2018 list! Their Dusseldorf Alt came in at #3 and their Oktoberfest took the 33rd spot. Seedstock was the only Denver-area brewery to make the list and in recognition of the honor has re-released the Dusseldorf Alt, which is currently on tap at their West Colfax Avenue taproom. 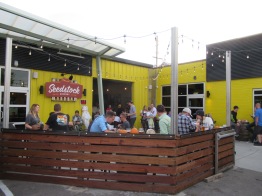