The explosive popularity of RiNo seems to be a mixed bag for craft beer lovers. While it first promoted a wave of breweries opening in the spacious warehouses with cheap rent, it has now boomeranged back and resulted in rising rents, redevelopment, and heightened competition. Already River North Brewery and Zephyr Brewing Co. have relocated to north Denver and now Beryls Beer Company is looking to sell.

The goal is to sell by the end of April and the list price is $195,000 if you happen to be in the market for a turnkey brewery. If the business doesn’t sell, the future appears a little murkey so if you’re a fan of their beer it might be best to plan a Beryls visit sooner rather than later.

Over the weekend a friend put together a nice route through some good RINO breweries that I’ve described below. However with such a heavy concentration of breweries in that area you can easily add or substitute other establishments to fit your beer tastes and/or your appetite for walking. Our 1.8-mile trip started in the heart of RINO, then crossed the train tracks down to Brighton Boulevard but you can definitely mix it up a lot of ways.

Our journey started at Epic Brewing Company on the corner of 30th and Walnut, which offers a bright and sunny taproom which opens to the brewing equipment and also accesses a spacious patio for sunny days. Epic was a great place to begin, because there’s usually plenty of

free street parking within a block or two. The taproom was packed with a younger and energetic crowd that had streaks of hipster running through it. Mostly it seemed like just a bunch of people spending the afternoon with a tasty beer or two. The servers didn’t seem particularly organized and while they seemed to want to be able to keep up with the busy crowd, patience was required. As always, the beer selection was solid with a few lighter beers but a focus on the darker, barrel-aged, and more flavorful beers including a sour or two. END_OF_DOCUMENT_TOKEN_TO_BE_REPLACED

With the Monday holiday it’s a jam-packed weekend

of celebrations to usher in the new year and then recover from all that celebrating. Numerous breweries are hosting New Year’s Eve parties as well as New Year’s Day recovery parties so whatever your mood you should be able to find a reason and place to celebrate 2018.

Saturday 30th: New Year’s Eve Eve celebration at Station 26 Brewing Co. with a live band playing songs from musicians who passed away in 2017.

Sunday 31st: Start your festivities early at Avery Brewing Co. with their New Year’s Eve Brunch beginning at 11:00AM and featuring beer flights and a long menu of delectable dishes.

Sunday 31st: If you want to continue on the gourmet food and beer train, head over to Copper Kettle Brewing Company for their annual Beers & Cheers NYE Black-Tie Dinner featuring four courses of beer and food pairing. Note: This is a ticketed event. 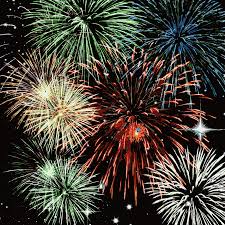 Sunday 31st: And finally, if you want to skip the long lines and cover charges at clubs, many of our local craft breweries are having special New Year’s Eve parties featuring special tappings, live music, and other fun. Some of the breweries with festivities are Fiction Beer Company, Beryl’s Beer Co., Ratio Beerworks, and Caution Brewing Co.

Monday 1st: Get right back on the horse with a Hangover Brunch at Ratio Beerworks from noon – 3:00.

I’m not sure if it’s intentional, but Beryl’s Beer Co. seems to be aiming for a wordplay with their focus on barrel-aged beers.  Located in a cavernous space at current edge of RINO development, you may face challenges getting there through all the construction and closures, but once there you can easily park and try out their lineup of both barrel-aged and non-barrel-aged beers. Overall you’ll find a slightly less hipster vibe than a lot of RINO breweries along with a menu of standard beers styles that often have an extra ingredient or other twist to them.

BEER LINEUP: Hard to describe but maybe “eclectic” would cover it. Aside from the obvious barrel-aged offerings, Beryl’s gets creative with existing styles, for example a Strawberry Wit and Sour Saison. On our visit they offered a few “standard” styles along with a bunch of the creative ones. It seemed like some were hits and some missed a mark a bit (nothing, bad just uninspiring)

ATMOSPHERE: The space is typical RINO – a big shed-like taproom that opens to the production facility, with chunky seating and local art for sale . The crowd seemed younger and more like visitors than neighborhood regulars, and included some families so there was lots of activity going on. In warmer weather you can also take it outside to their front patio.

NEIGHBORHOOD: In the depths of RINO at the edge of the brewery scene, Beryl’s sits in the midst of major road, residence, and business construction. Today it has a bit of an “out-there” feel in a semi-deserted neighborhood but this will surely change. Beryls is still close enough that you can walk to other breweries or restaurants and make it multi-stop visit. Depending on construction, parking is decent for the moment.

STANDOUT BEER: Donny Boy Doppelbock. This copper-colored, thick & syrupy beer packs a lot of intense flavors. From the predominant caramel to raisin and dried fruit, all the flavors have depth and intensity, giving it almost a savory quality. Although it only clocks in at 7.8% ABV the alcohol flavors occasionally poke through to make it seem even stronger. Definitely not one for the light-beer crowd.

What was originally supposed to be a bike tour to a number of far-flung breweries, quickly turned into a local walking tour thanks to last Saturday’s snowstorm. While we still started at Great Divide Barrel Bar and ended at Mockery Brewing as planned, we changed our transit mode to the safer choice of walking and reduced the midpoint stop to just one – Beryls Beer Co.

Starting at Great Divide Barrel Bar off 35th and Brighton offered everyone a reasonable place to park and a creative start to the day. Despite the snow, the intimate taproom was packed. The place feels like a mountain ski lodge and offers, of course, barrel-aged beers. You can of course get the Great Divide standbys but for me the point of coming here is trying out their latest experiment in a barrel. Given the higher alcohol and pricepoint half-pours usually feel right and that seems to put the patrons in a happy mood to despite the packed-in, standing-room-only taproom.  END_OF_DOCUMENT_TOKEN_TO_BE_REPLACED